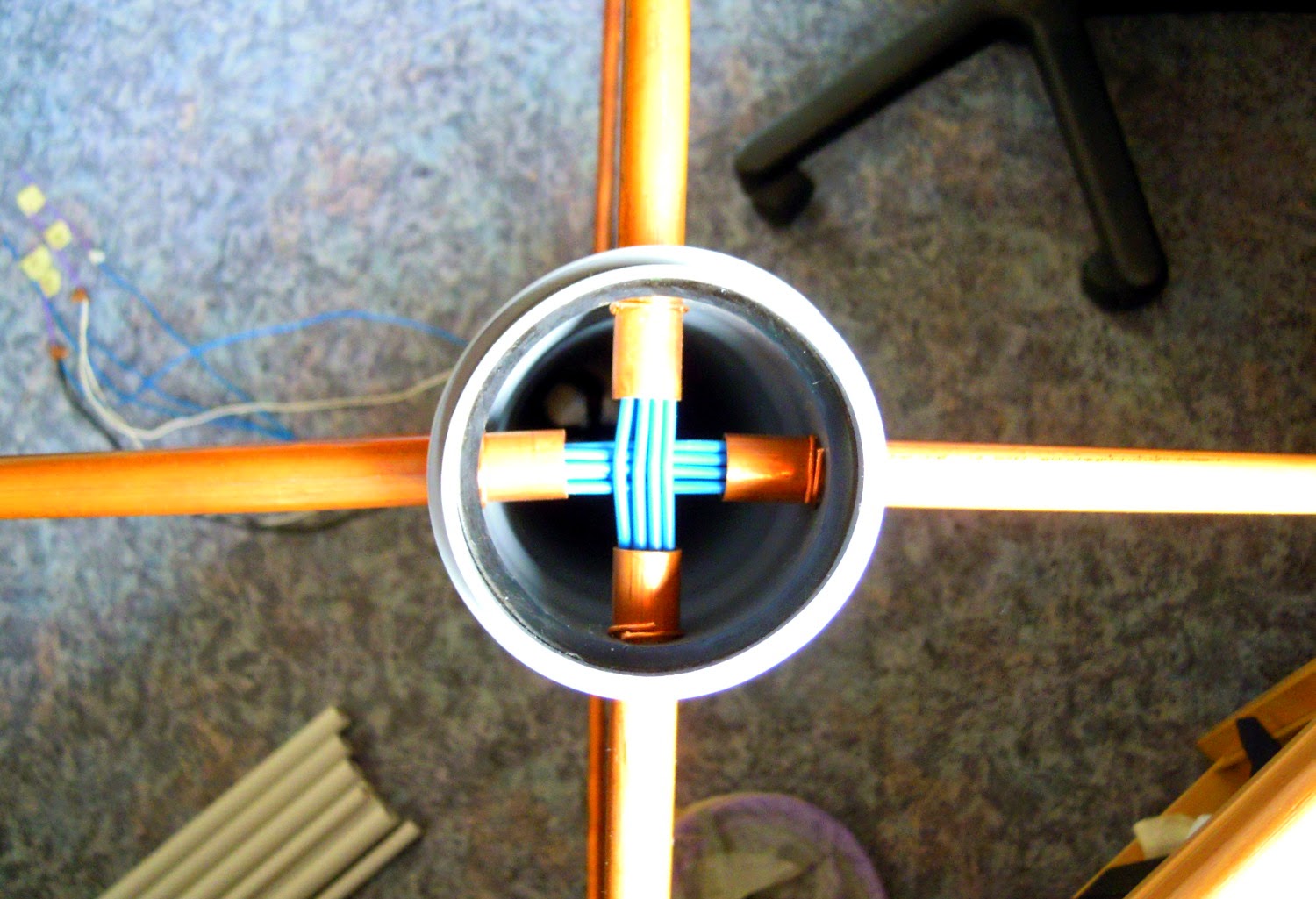 The copper pipes can not be pulled out of the center post, but they can still wiggle around. To stiffen the whole antenna assembly I build a cross piece from aluminium and plexiglas. 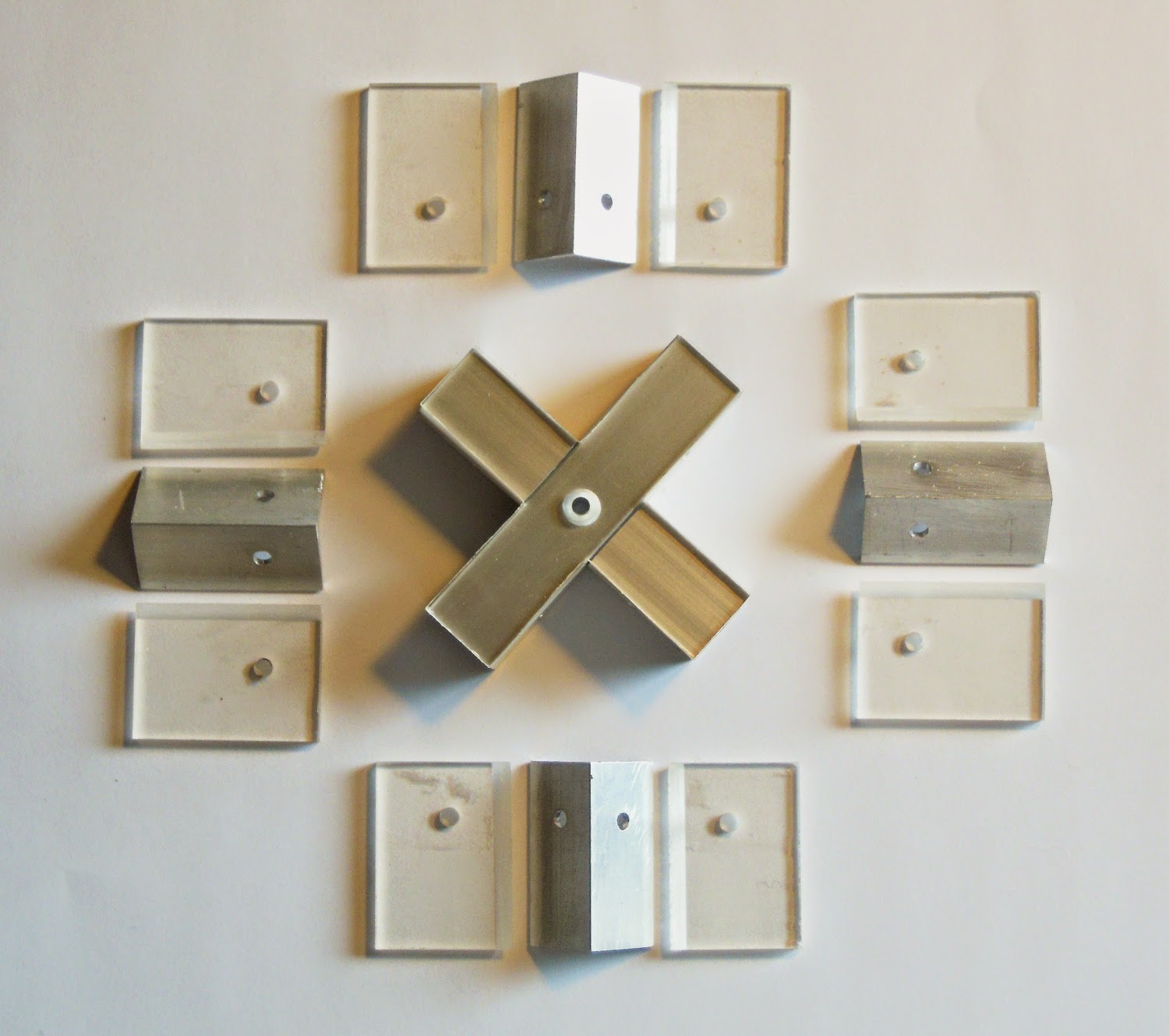 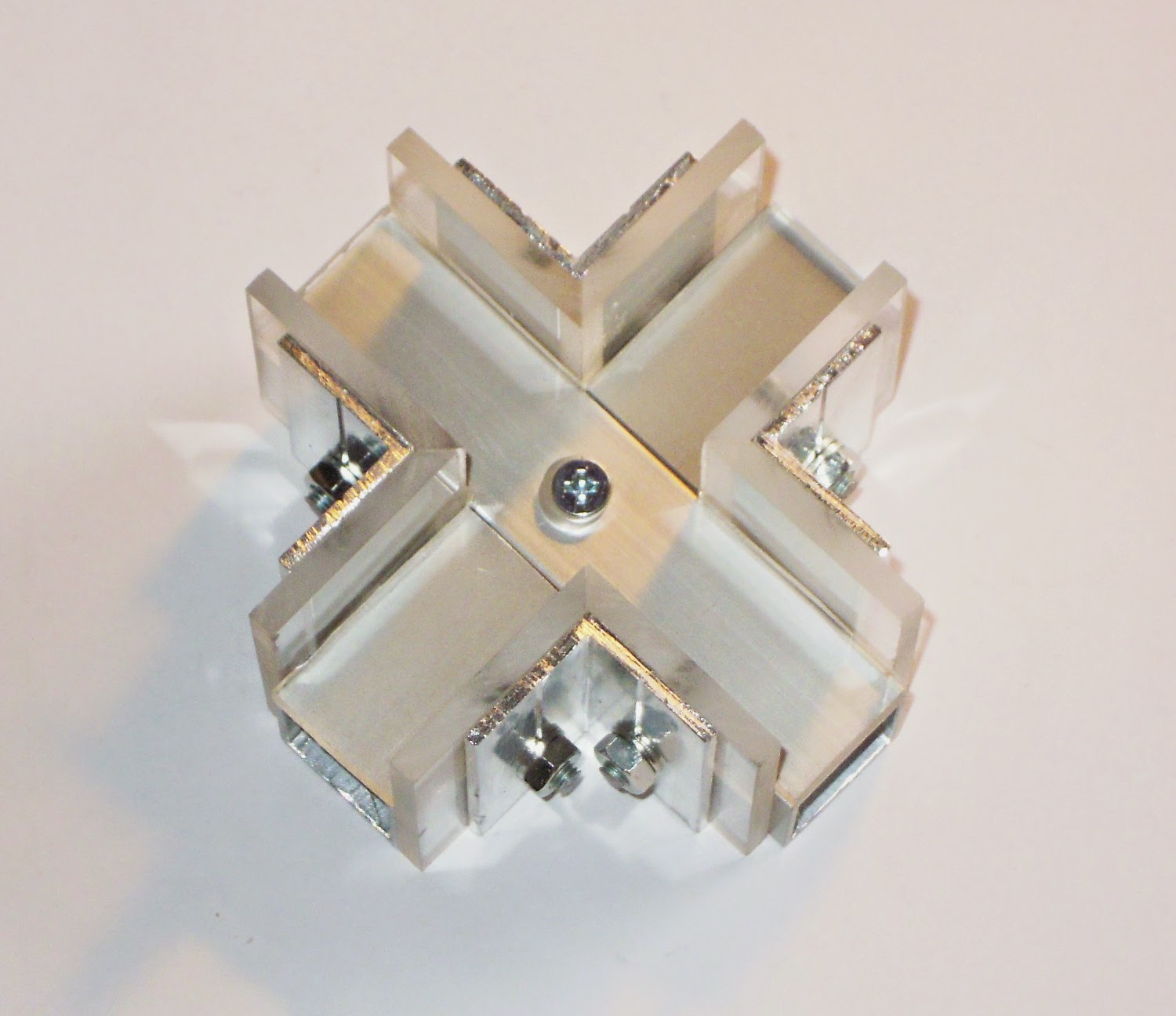 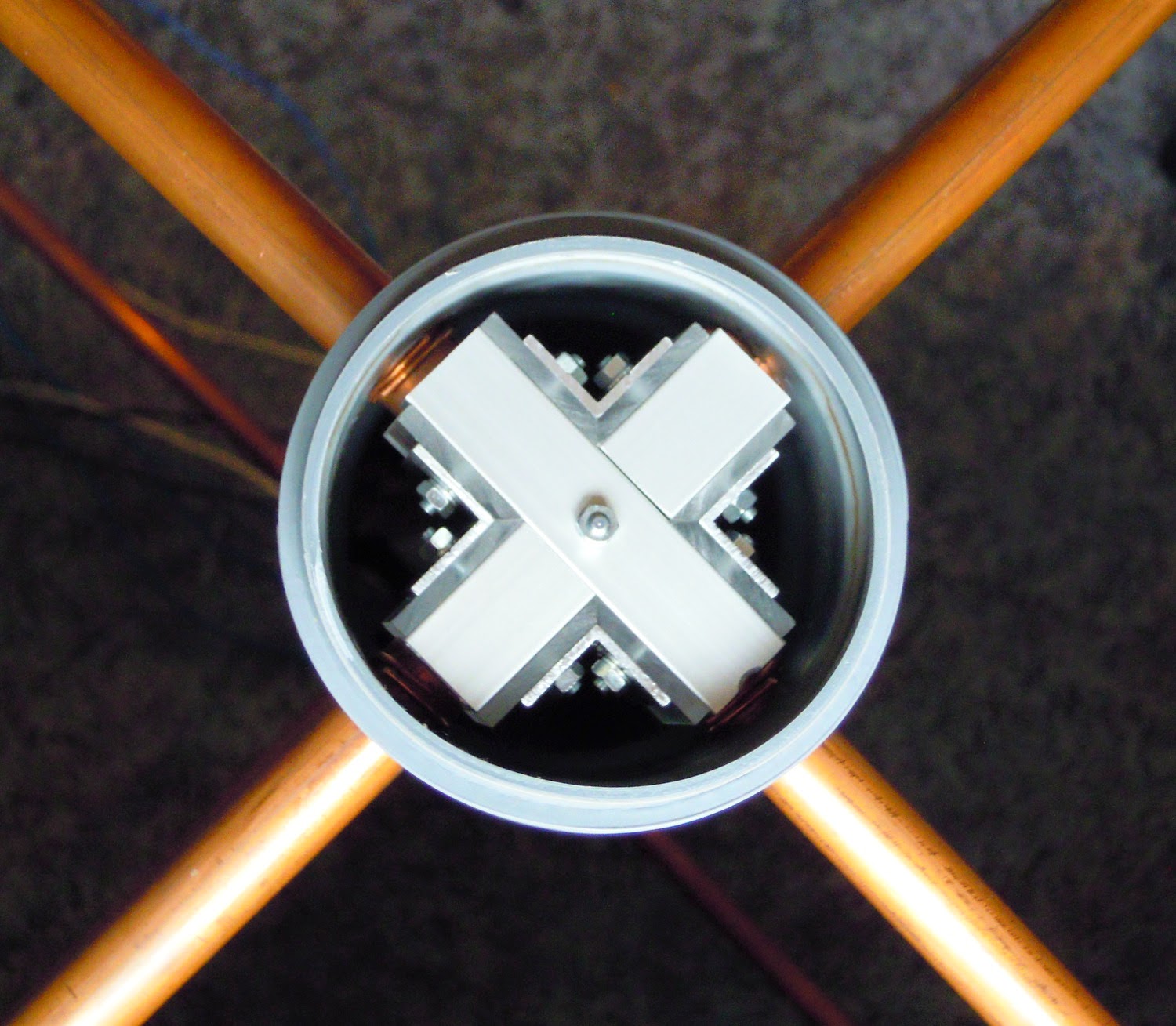 Posted by Matthias at 3:22 PM No comments:

The next step after soldering the controller and amplifier boards is building the antennas. I'll start with the H-field antenna. The manual describes two different kinds of H-field antennas that consists of two orthogonal coils:
I decided to build a shielded loop antenna with a diameter of 92cm and 8 turns in each loop. The main reason for a loop antenna was that the manual advised against winding my own ferrite rod antenna and suggested buying ready made ones. But that's boring. 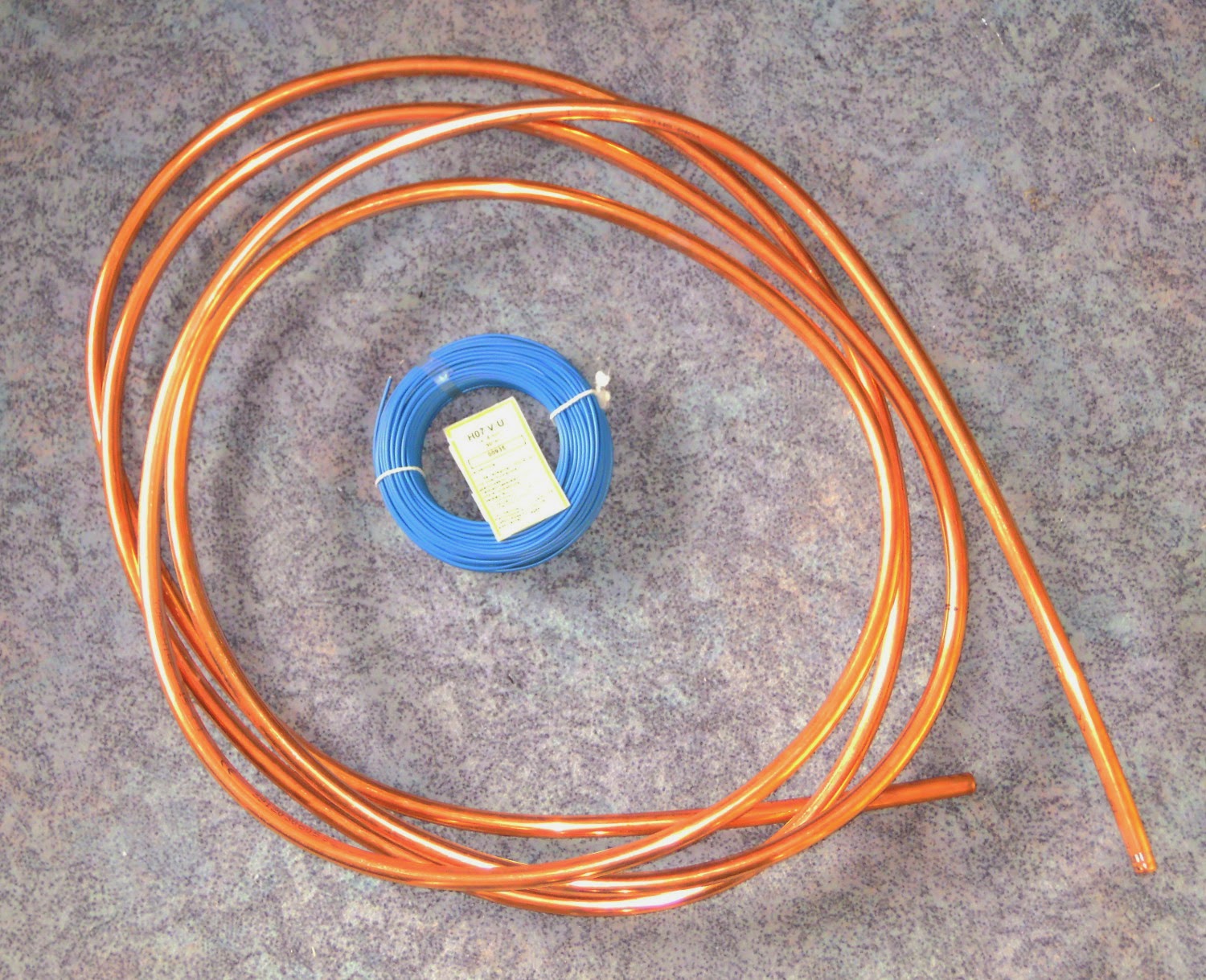 I build a simple jig out of some scrap wood to help me bending the soft copper pipe into nice and even semicircles with 92cm diameter: 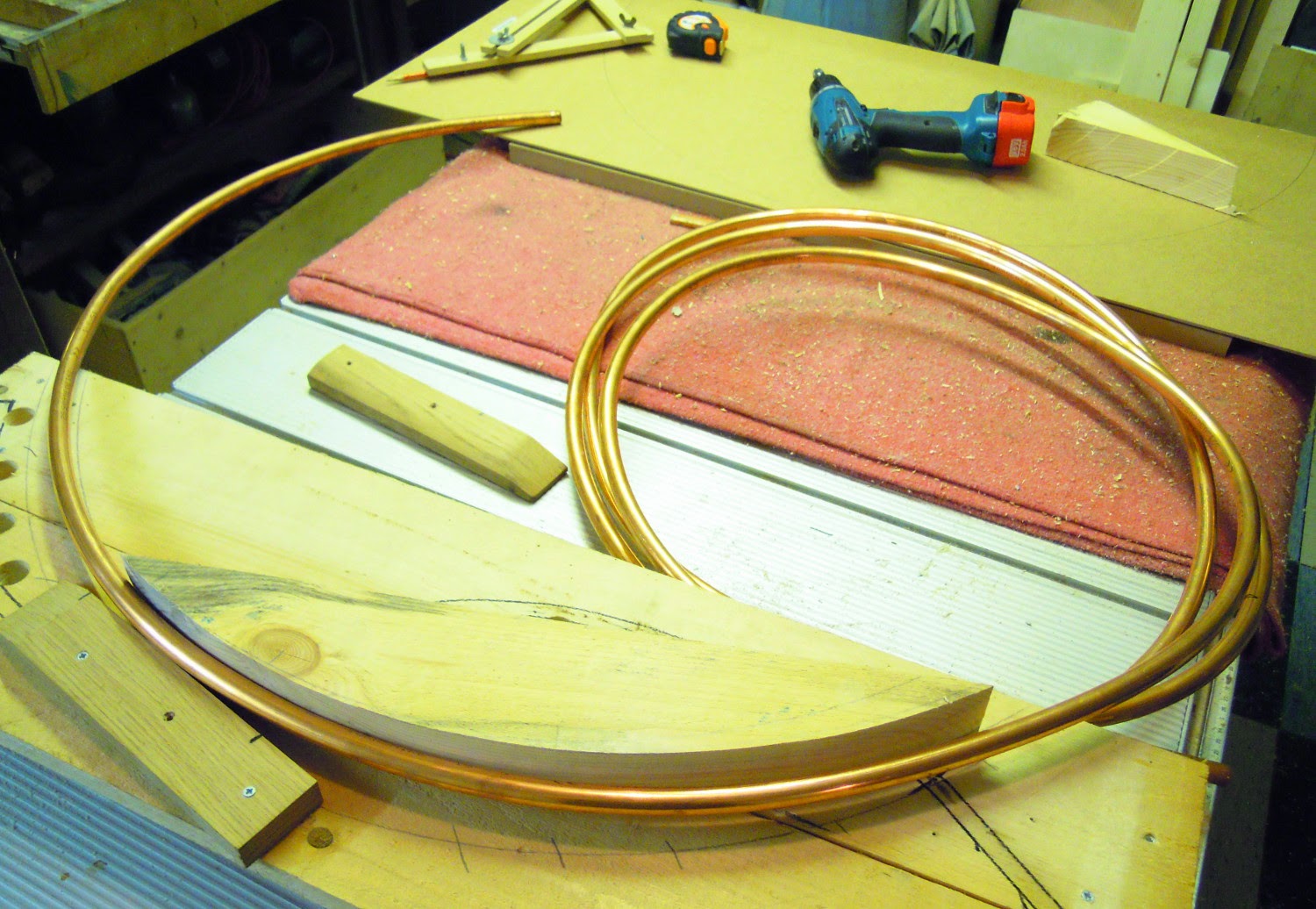 The four copper semicircles are done: 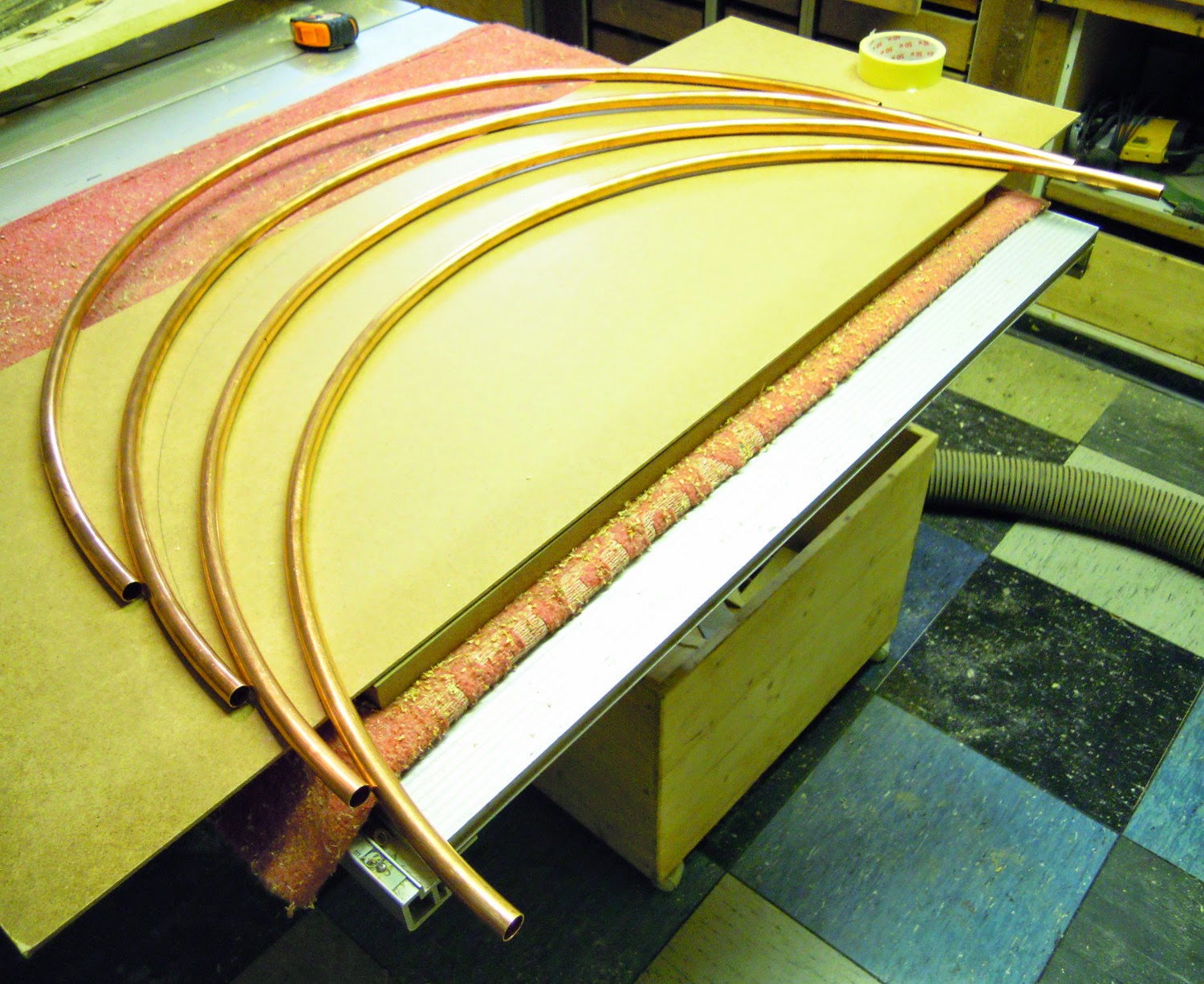 I use a 75mm plastic pipe as center post with 15mm holes 92cm apart to hold all the semicircles. The image shows the top part of the plastic pipe and a semicircle with a wire soldered to it that will be used to ground the shield: 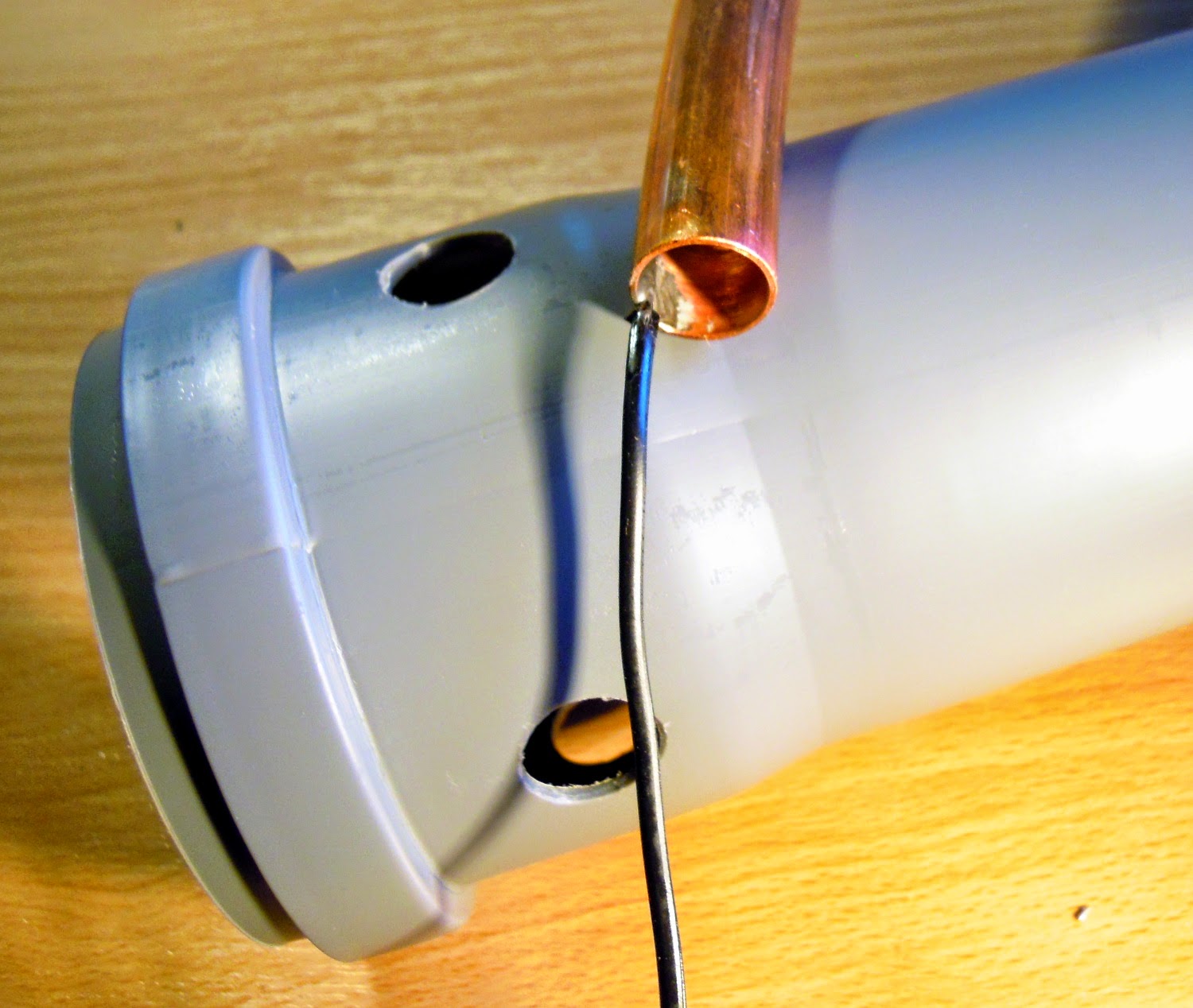 I split the 50m of copper wire into two 25m sections, one for each coil, and prepare it for winding into the copper pipes: 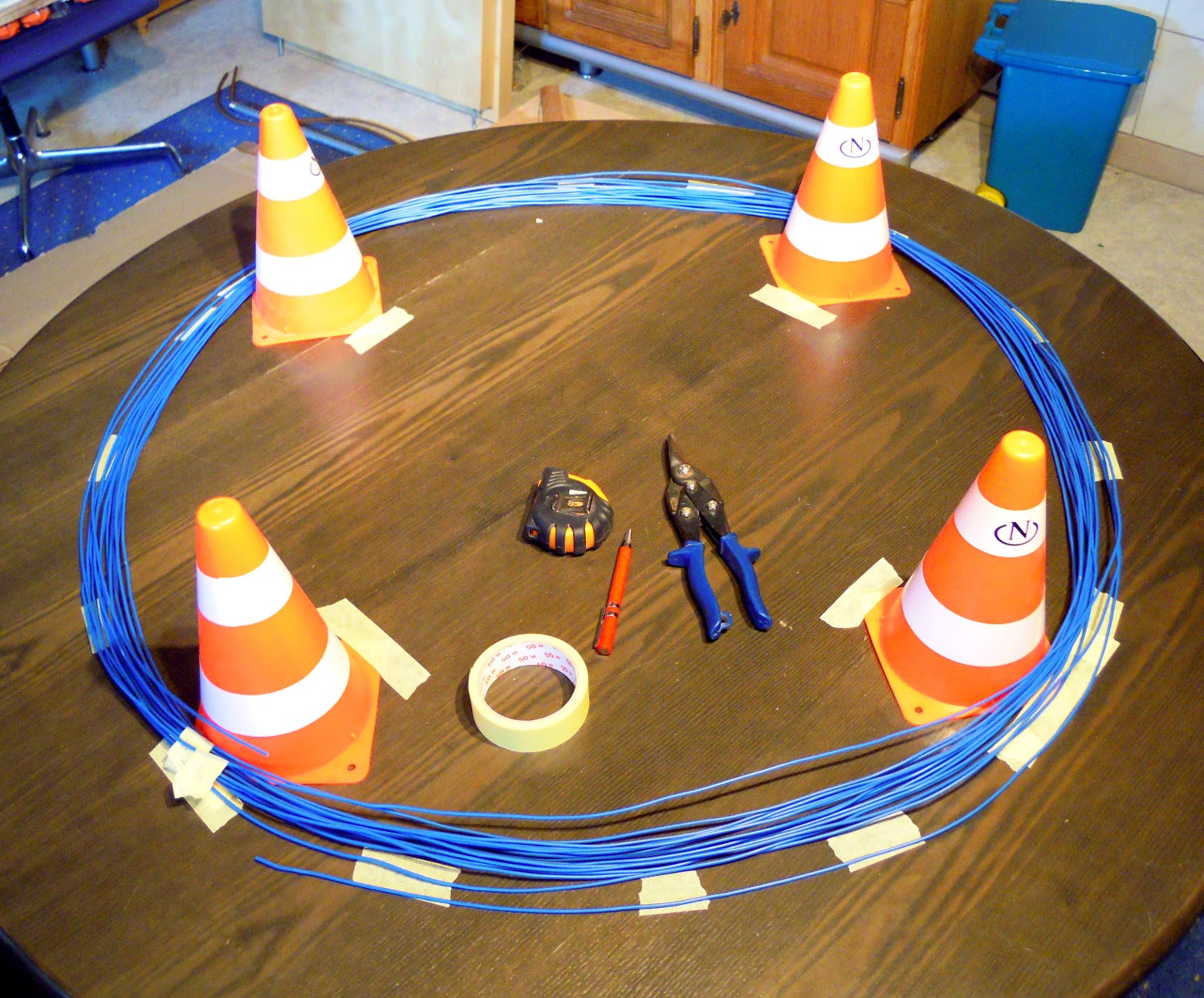 Here is the first loop done with 8 turns in the copper pipe: 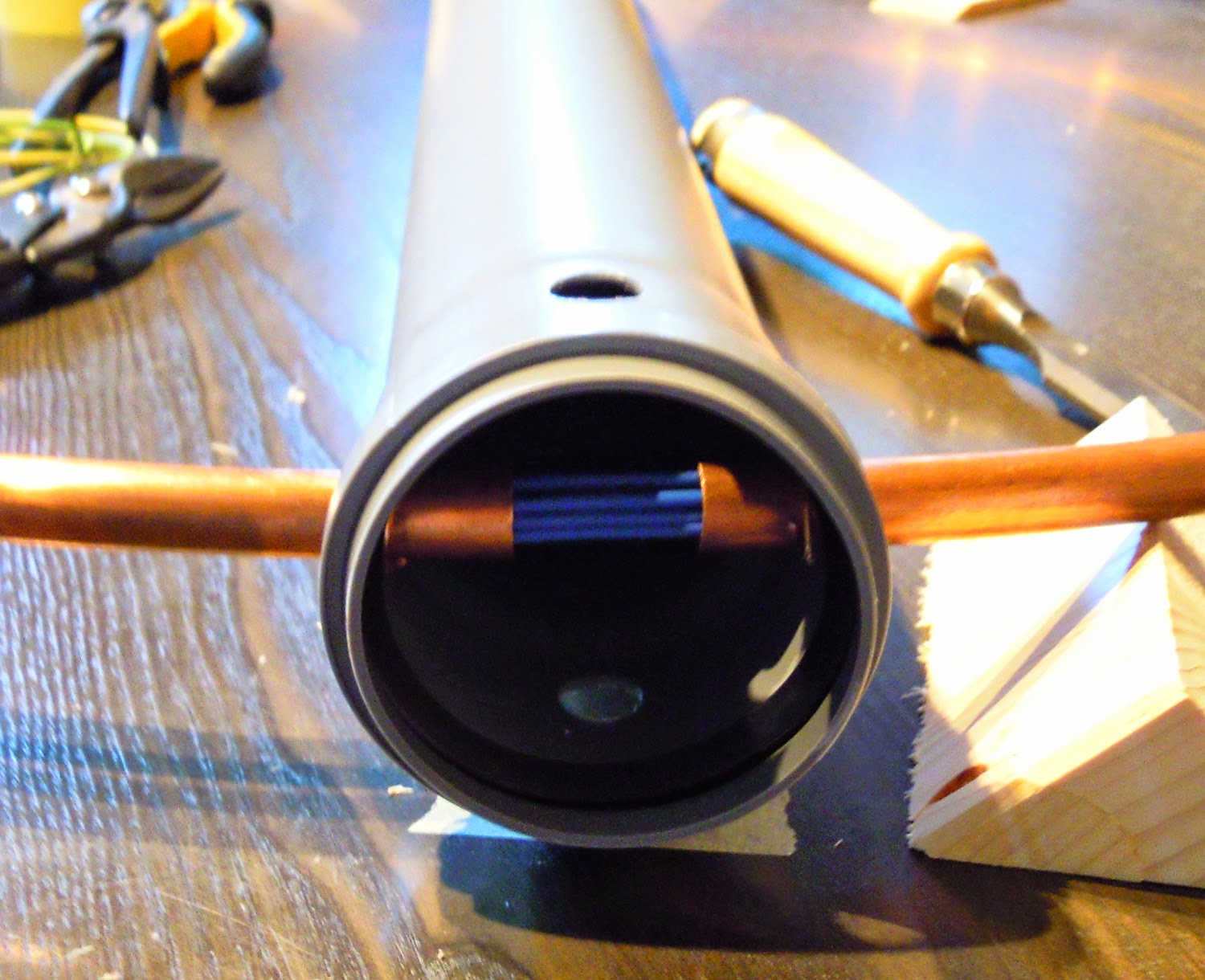 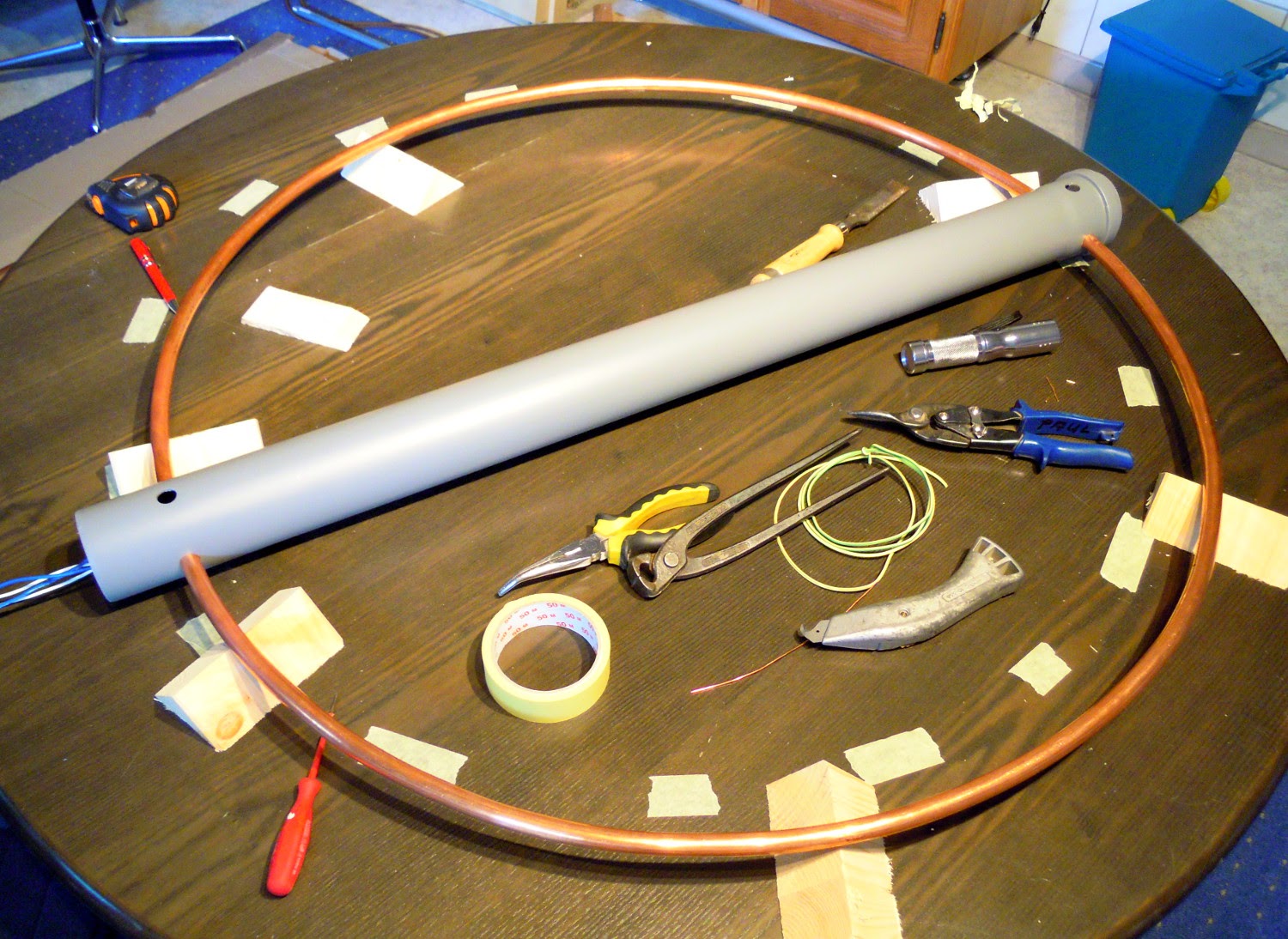 The second loop is almost done. I take the prepare copper wire and wind it into the copper pipes basically the same way as you would wind a typical key ring onto a key. My key ring just has 8 turns instead of 2. 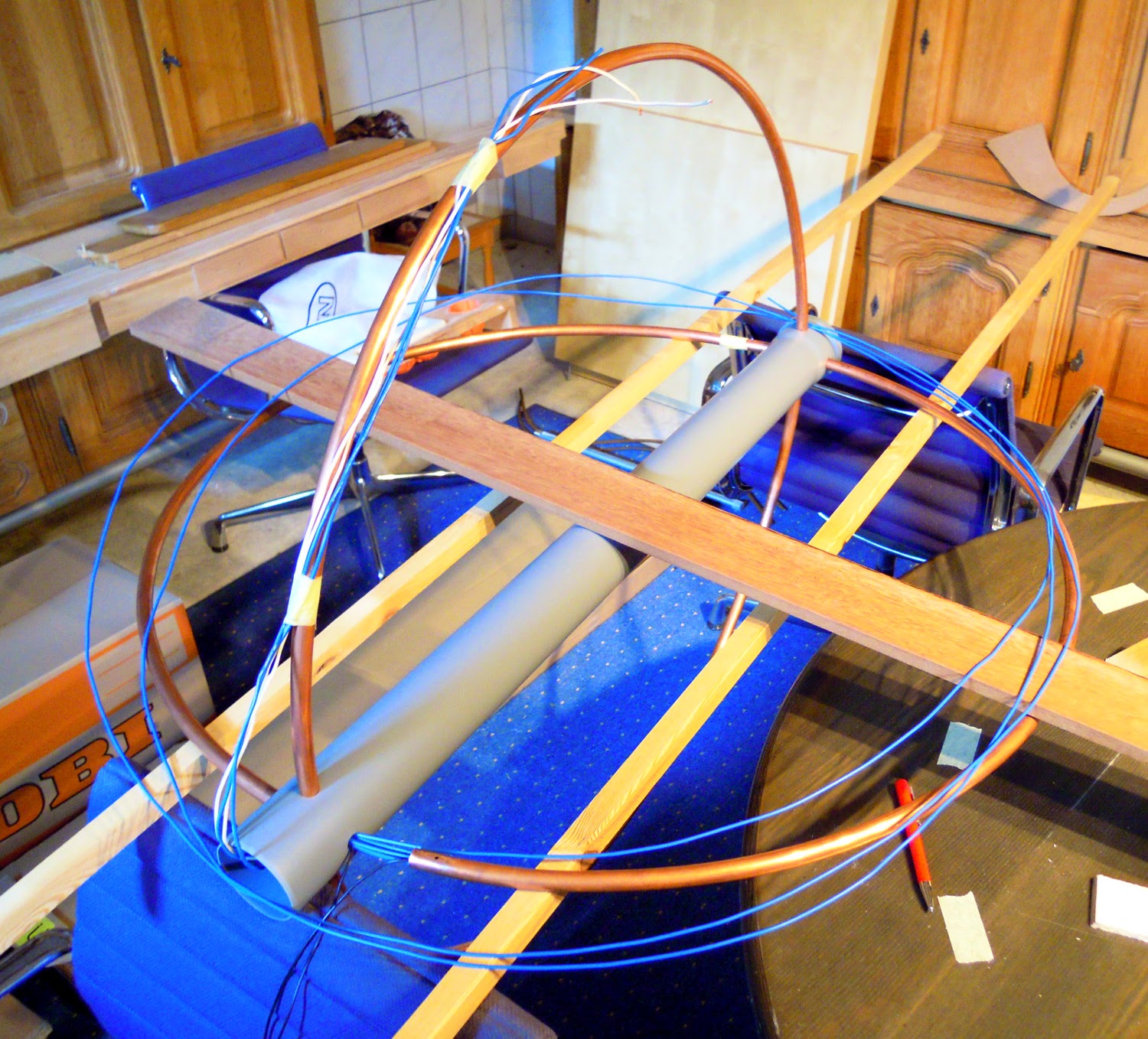 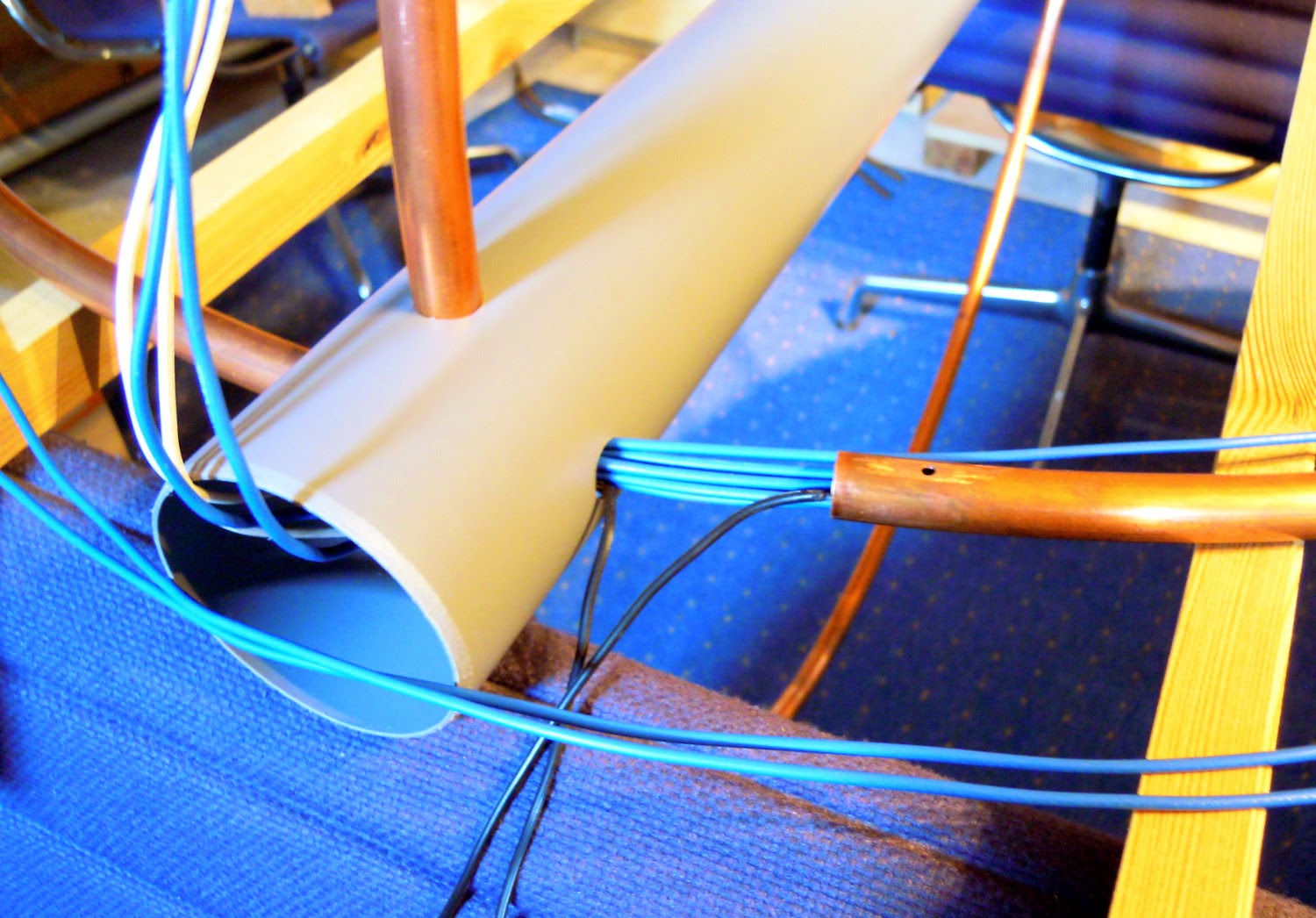 Both loops are done. The image shows the antenna upside down. The next steps include testing the antenna with the H-field amplifier and building some kind of stand for it, because it is really unstable and easy to tip right now. 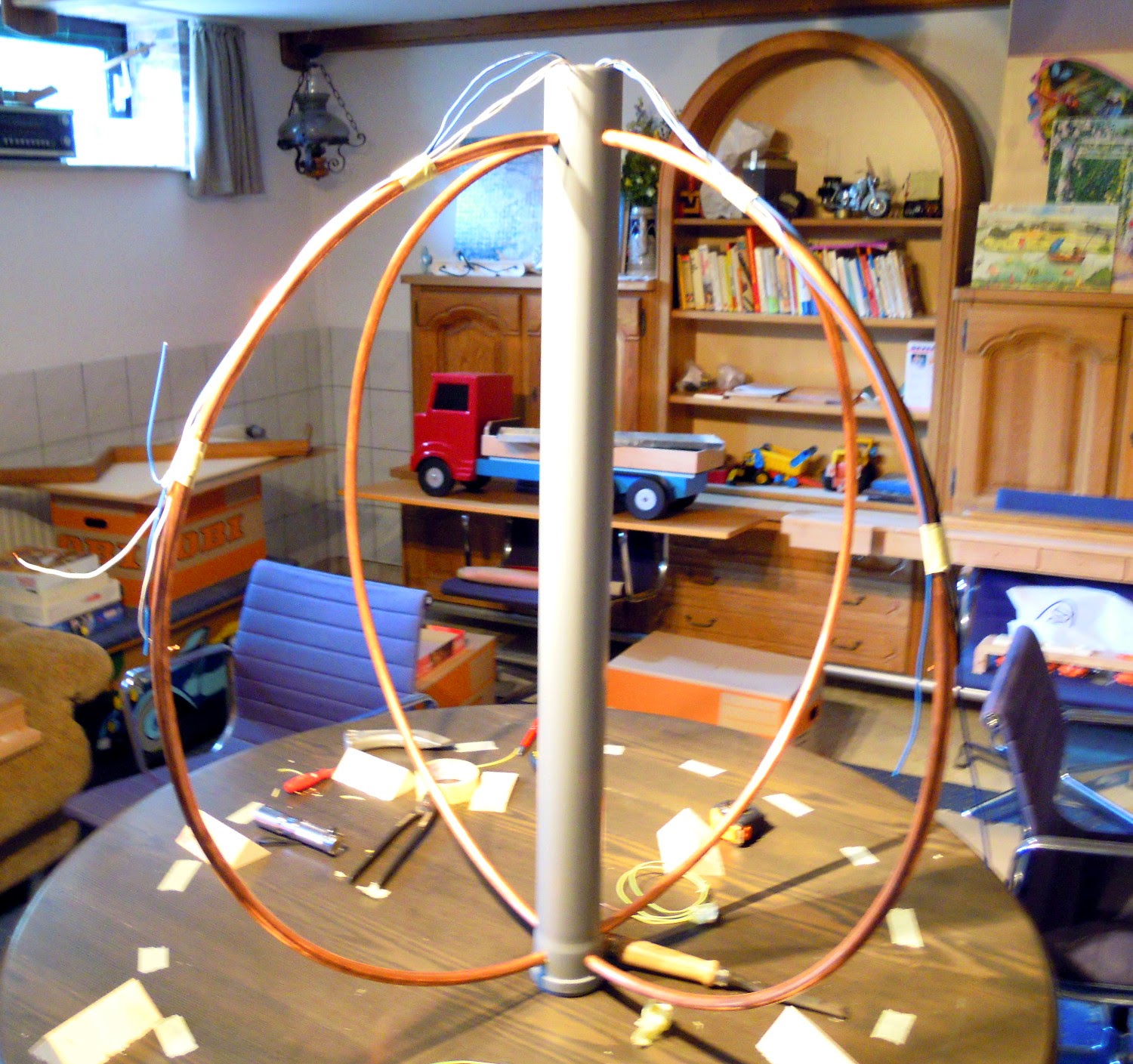 Posted by Matthias at 3:59 PM No comments:

The black plastic spacer on the pin headers of the LCD that goes onto the System RED Controller 10.4 are quite high. 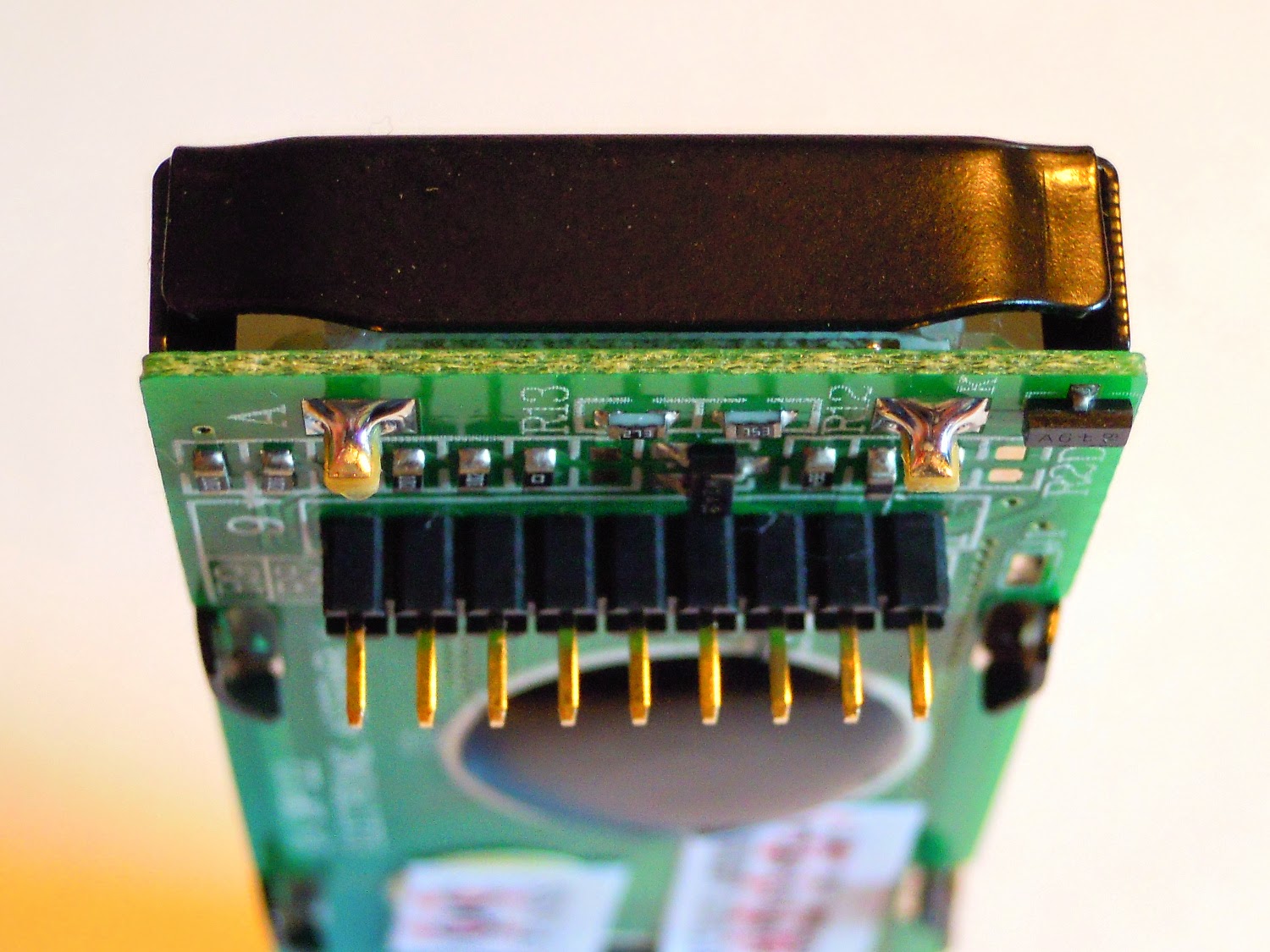 This makes the actual pins quite short. They're so short that they barely make contact in the pin sockets on the controller board. So I just removed the plastic spacer and now the LCD sits much better in the pin sockets. 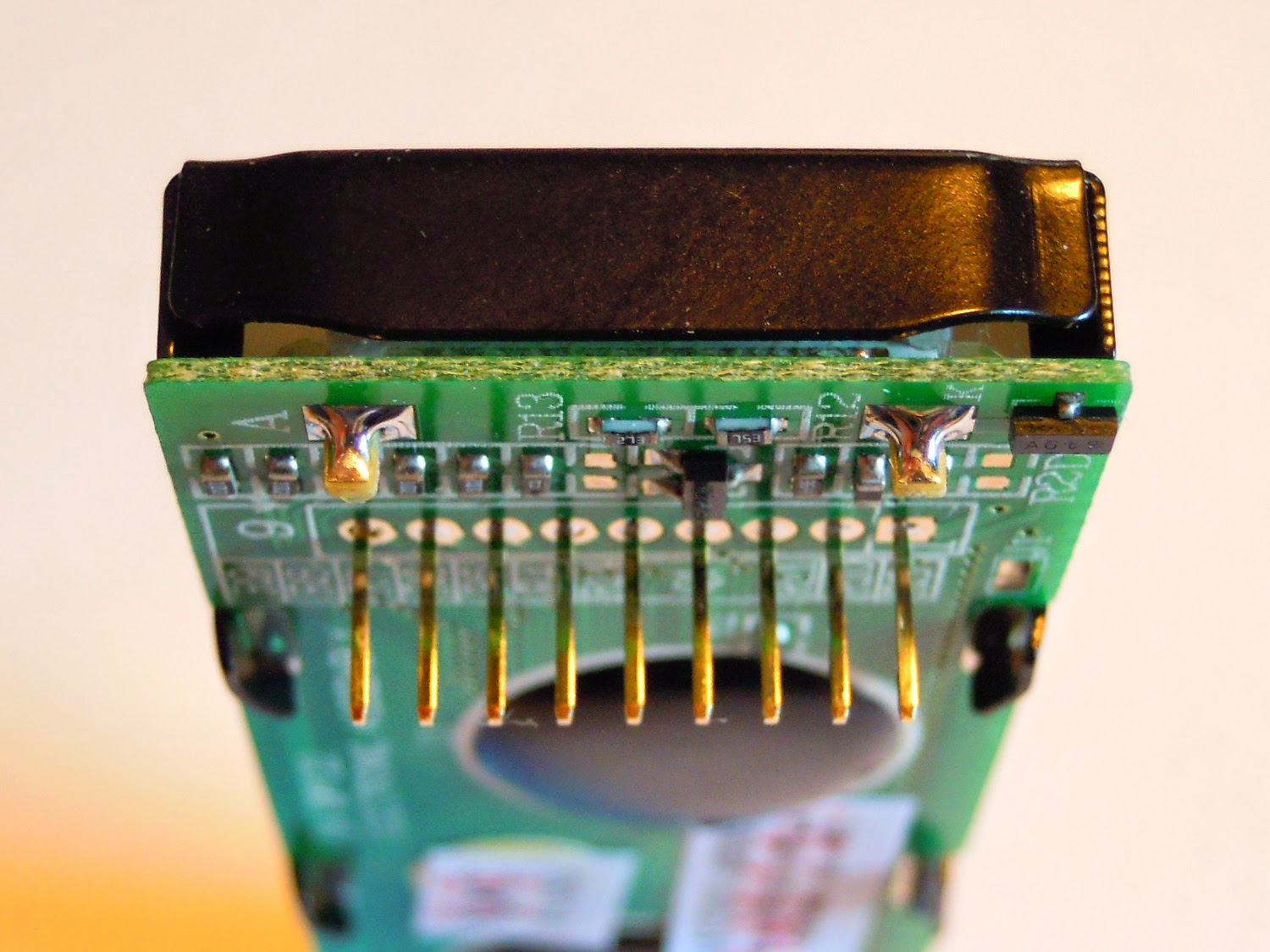 Posted by Matthias at 3:50 PM No comments: 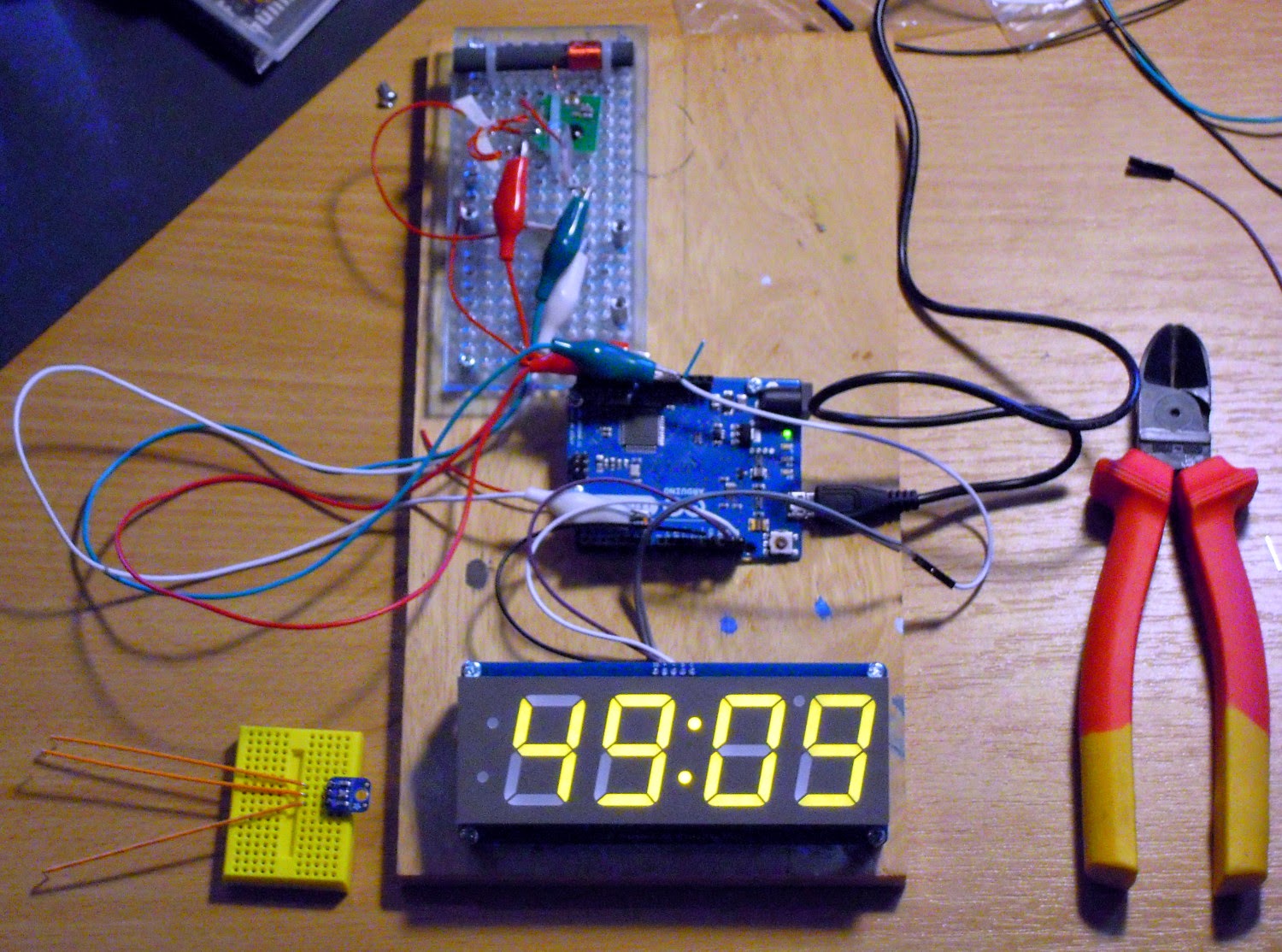 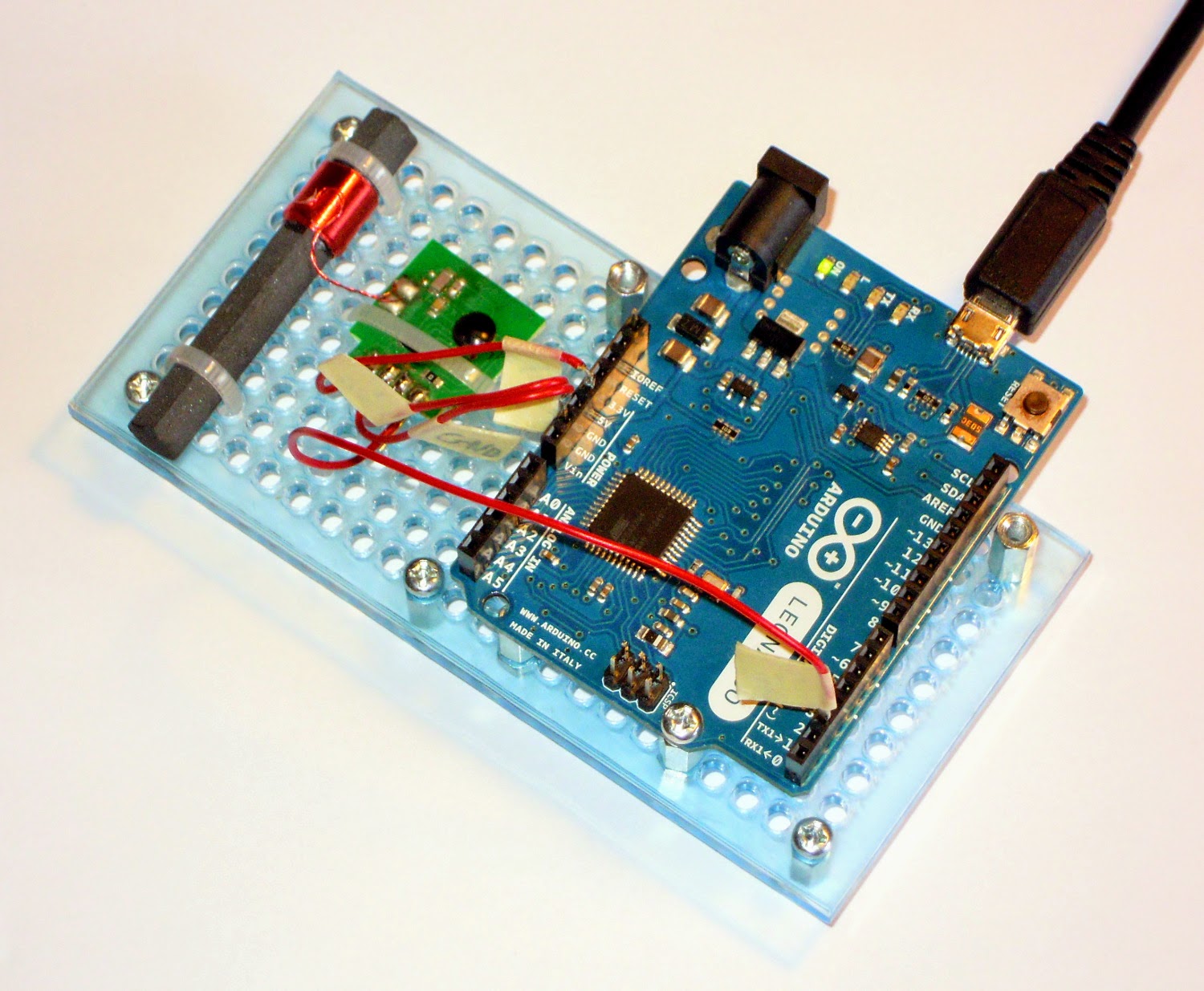 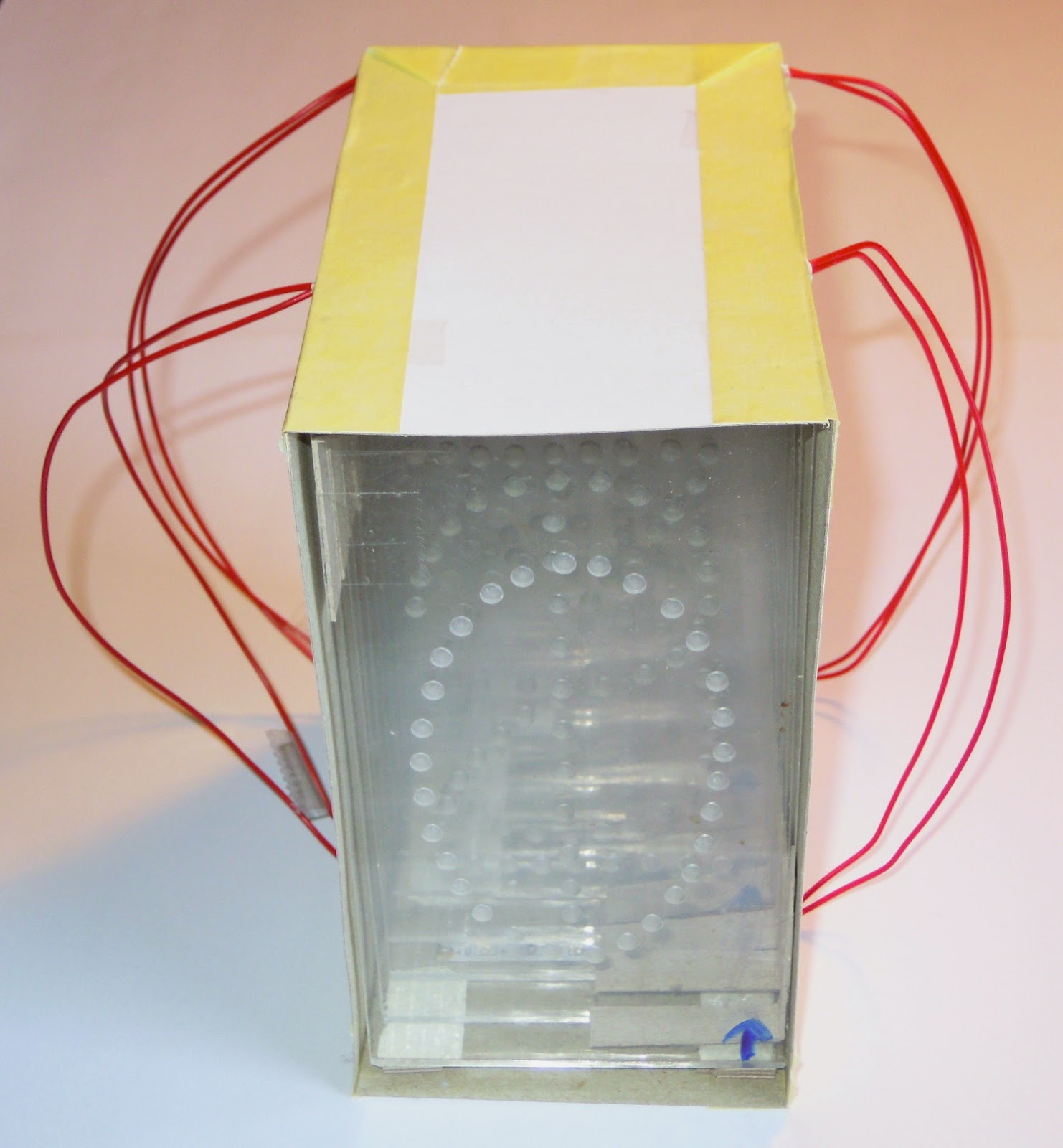 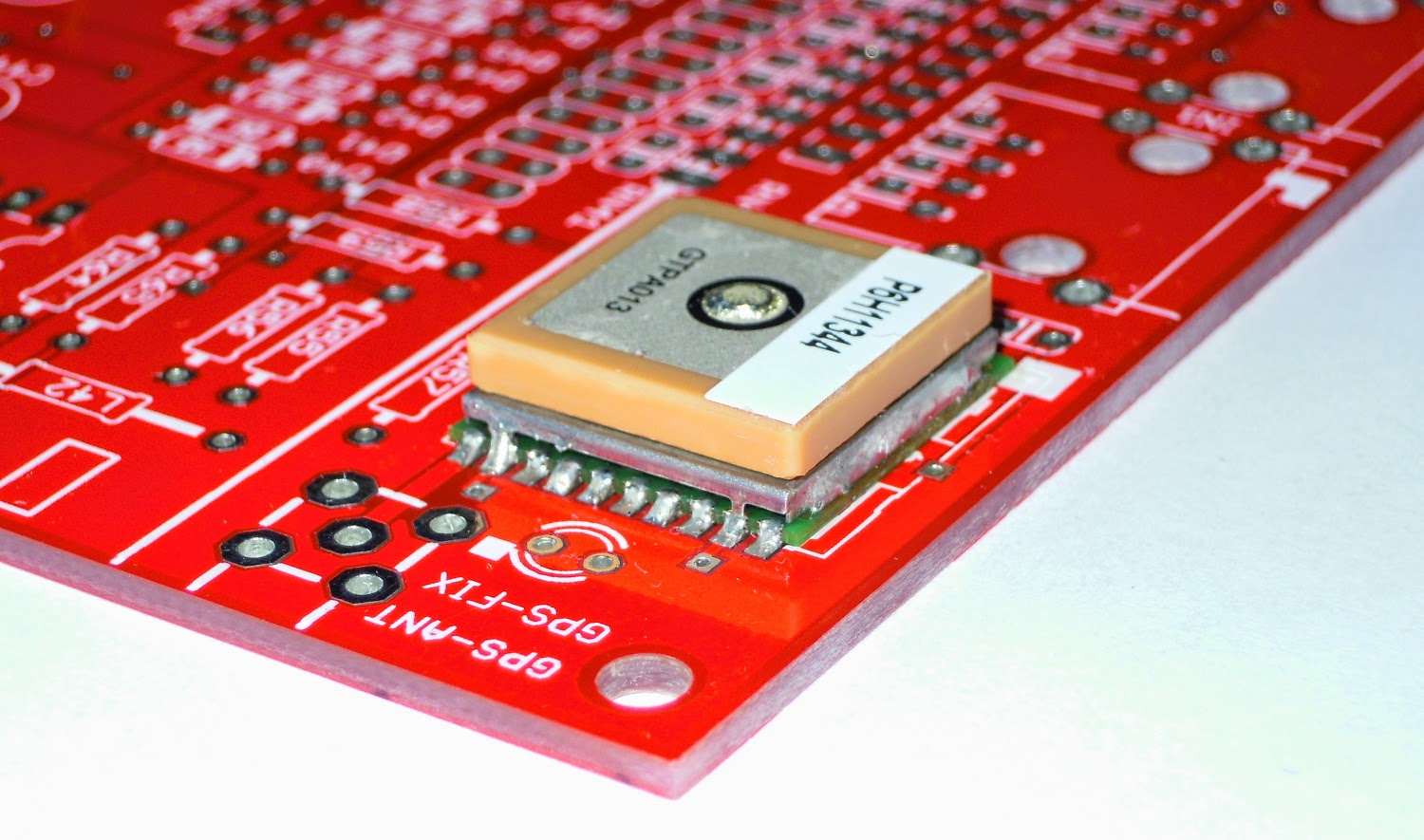 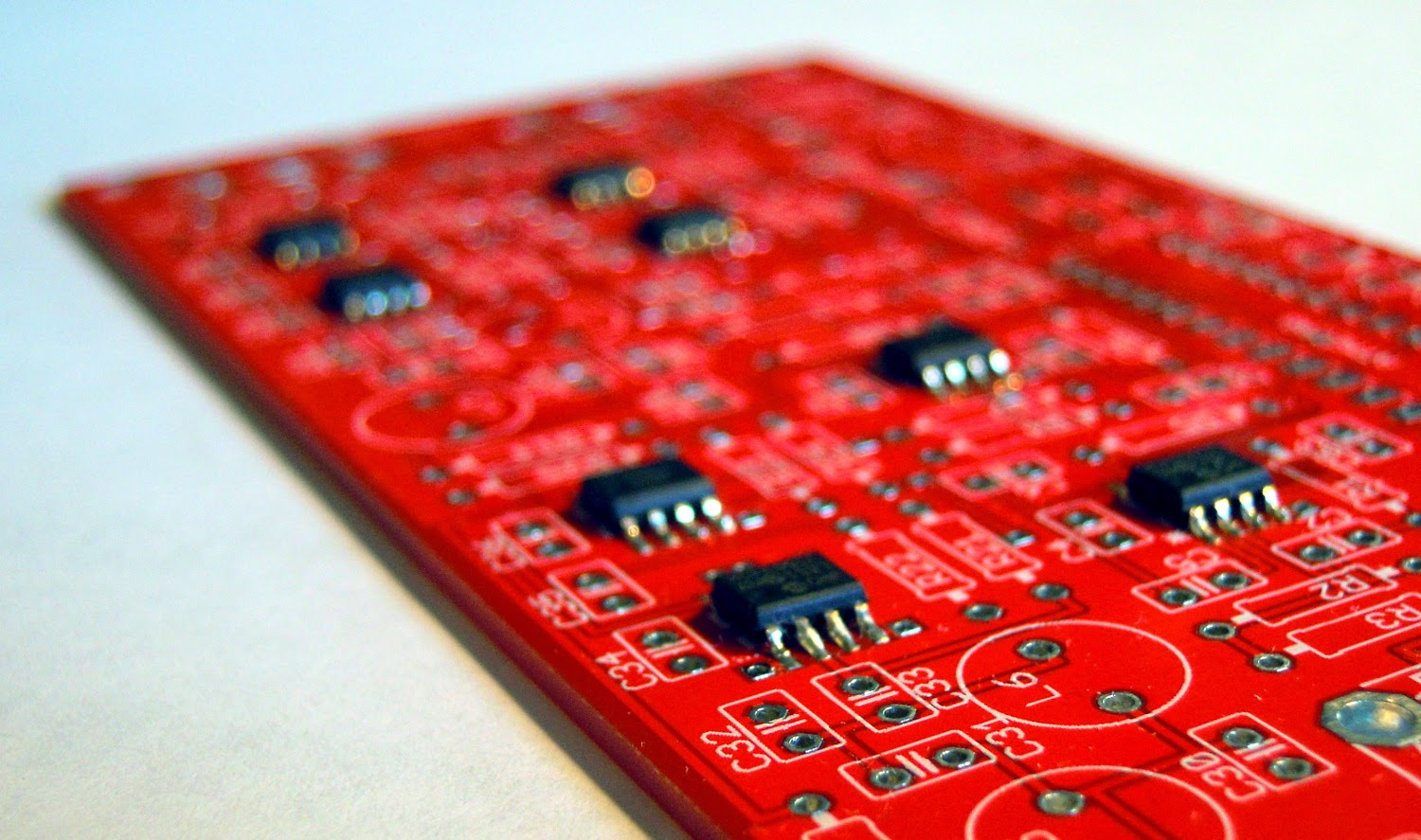 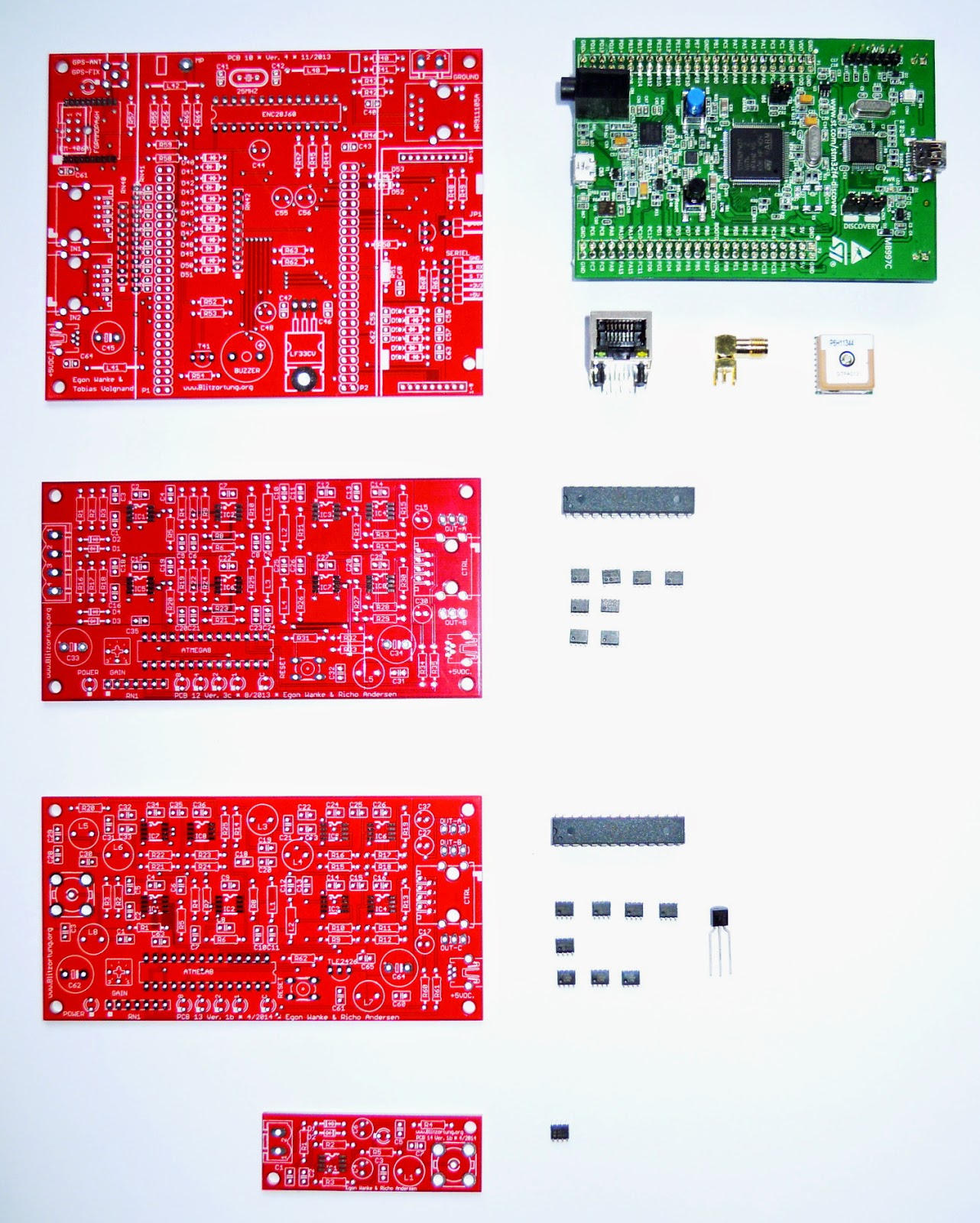 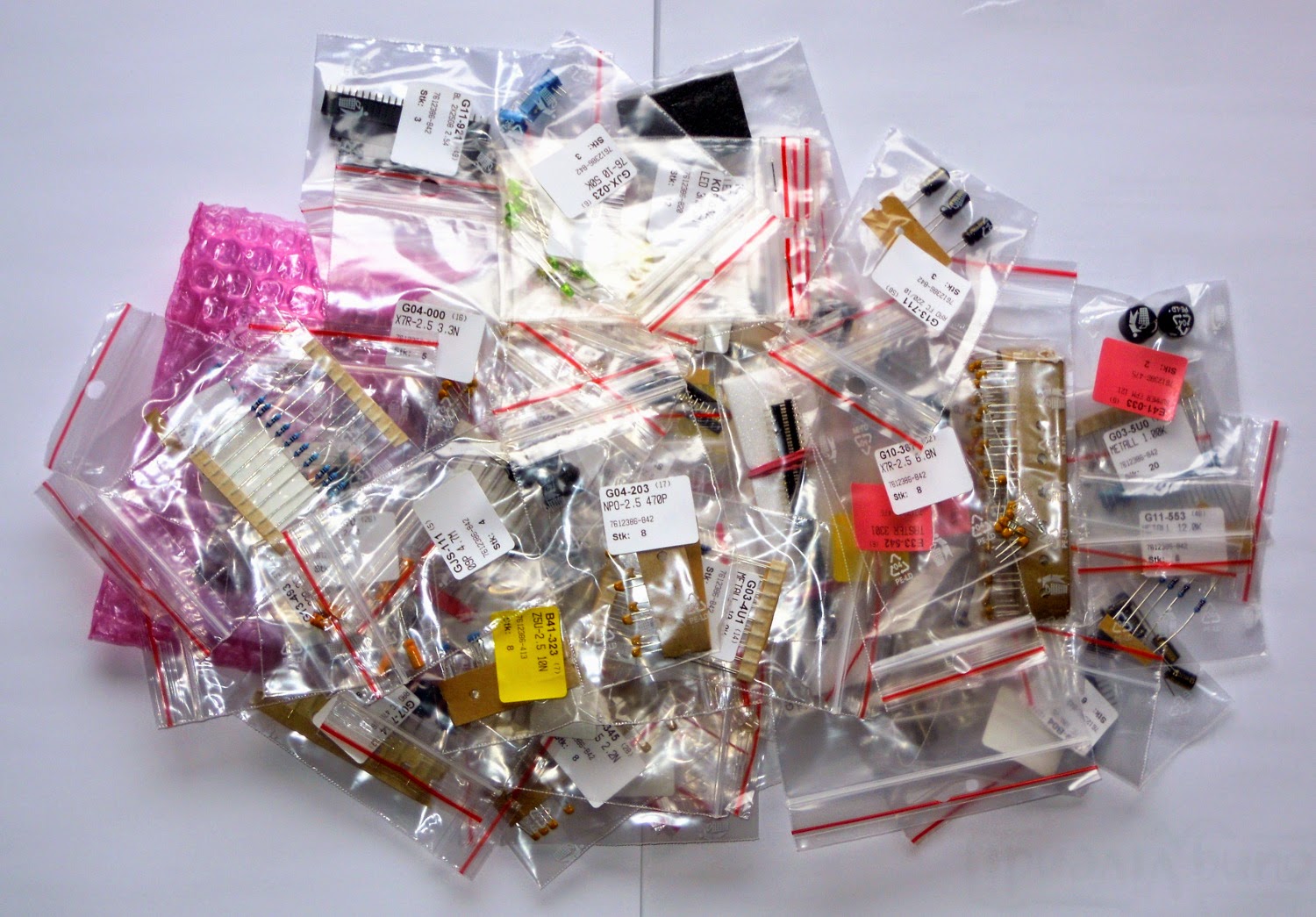